The history and origin of Santa Claus in America 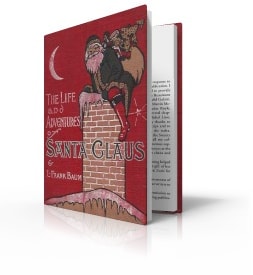 In our day we used to know Santa Claus as a jolly, fat guy in a red suit who slides down the chimney and leaves a gifts for good little boys and girls. Almost every American celebrates the tradition but only few know the origins of this custom.

The earliest written account in America of someone resembling Santa Claus is Washington Irving’s satire of Dutch culture titled History of New York, which was first published in 1809. In his book Irving writes”…hanging up a stocking in the chimney on St. Nicholas eve… is always fond in the morning miraculously filled; for the good St Nicholas has ever been a great giver of gifts, particularly to children.”

This passage is a reference to the Dutch tradition of celebrating Saint Nicholas Eve, the night when Sinterklaas, the Dutch name for Saint Nicholas, fills children’s shoes with small gifts. Saint Nicholas characterized as a thin, stern, forgiving person with a white beard and Bishop robe. The legend of origin of Saint Nicholas Eve celebration goes back to 4th century.  The legend tells that Nicholas was an actual human figure. He was a bishop that took pity on poverty-stricken family with three daughters, who had no wedding dowries. To save girls from a cruel fate to live in poverty St. Nic. tossed two bags of gold through an open window of girls house at night and one down the chimney (which lands in a stocking that had been hung near fireplace to dry). This legend is a basis of the belief of Saint Nicholas as a gift giver, and from this legend originated the tradition of hanging stocking near the fireplace at Christmas.

While the History of New York depicts the Dutch American tradition of Saint Nicholas Eve, the first modern American description of a jovial fellow giving gifts to children on Christmas Eve appeared in the poem known as The Night Before Christmas.  The poem was published on December 23, 1823 in the Troy, New York newspaper. The poem transformed the physical appearance and demeanor of Saint Nicholas from thin, religious figure to a portly, secular one in the phrase ”He had a broad face and a little round belly, and he was chubby and plump.”

Whereas in the History of New York and The Night Before Christmas were given written description of modern Santa Claus, in the illustration of the cartoonist Thomas Nast on January 3, 1863 edition of Harpers Weekly first time was published the modern image of Santa Claus wearing a fur trimmed coat, pants, and hat.  This Santa’s outfit was drawn with a patriotic stars and stripes design rather than modern red and white, because the cartoon’s motive was political. Latter illustrations by Nast of Santa Claus would   have costume with more traditional red color jacket, pants, and hat all trimmed with white fur.

By the middle of the 19th century, the story of Santa Claus is well established. Santa Claus is a plump, jolly man who wears a fur trimmed jacket, pants, and hat like the modern Santa Claus. He brings the gifts on a sleigh pulled by reindeer and leaves the gifts in each house on Christmas Eve. Later some writers would add more details to Santa Claus story. For example, Lyman Frank Baum wrote a children’s story The Life and Adventures of Santa Claus, which was published on 1902. This tale illustrates how Santa Claus could be human, deliver toys to millions of children and live forever. This story even makes en effort to explain that the timing of Santa Claus delivering toys and the Christian holiday celebrating Jesus birth are coincidence, asserting that the toy-giving Santa Claus is a secular event.

Our website is designed to enhance children’s imagination through the most recognizable icon of all time Santa Claus symbolizes generosity, kindness, good will and the power to bring joy to every little one. From an early age children, Santa teaches children that true gifts do not always comes wrapped in a package with a colorful bow; sometimes spending a little time with someone or performing a simple act of kindness can mean everything.

Our website has unique animation designs, making Santa Claus’ image fun and attractive for young children. Products and services such as Santa letters from the North Pole are of the highest quality because giving every child a good experience is our highest priority. We use the latest technologies and innovations to bring our products together and enhance their characteristics.

We will continue to make the most interesting and exciting letters direct from Santa Claus for kids around the world. Our latest trend: letters with unique designs prepared for the special beloved someone in your life. You will have a chance to order an exceptional, custom-created letter for your special someone or order exquisitely designed paper on which to write your own letter.

In the near future we are planning to offer custom invitation cards for special occasions such as birthdays, anniversaries, engagements, christenings and weddings at this site.

We thank you for visiting our web site and taking your time to learn more about our organization. We invite you to contact with us if you have any questions, concern, or general thoughts. We love what we do and we are looking forward to bring joy, hope, and imagination in the life of those who mean the most to you. Your child will be excited to hear the jingle bell sound. That magical little jingling will make your child’s wish come true. This ornament can also be hung on the tree to add some more Christmas spirit. Each 2 ¼ “ metal jingle bell is attached with golden stripe to a paper card with a poem. 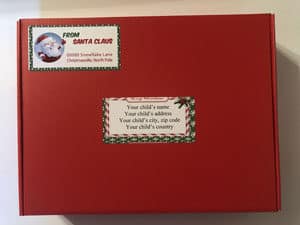 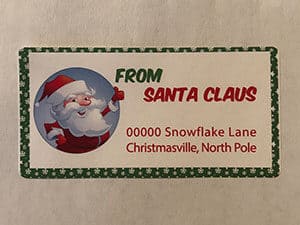 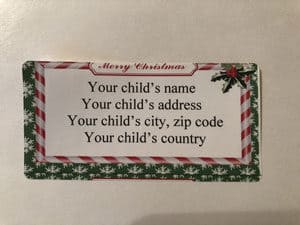 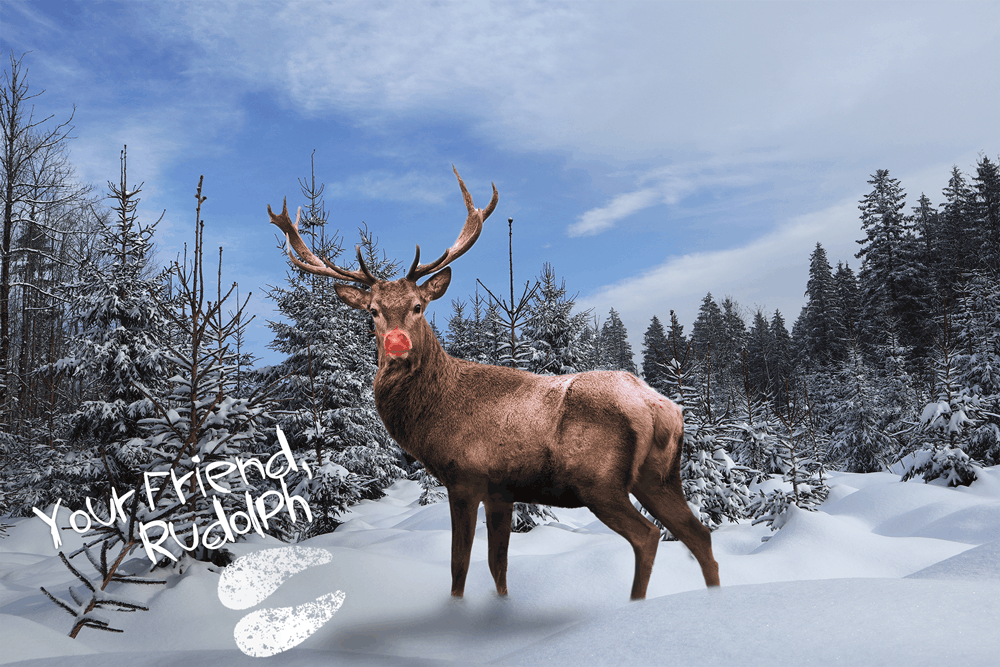 This picture from Rudolph will make your child believe that Rudolph the rednosed reindeer is real. High quality 4×6 photo paper. 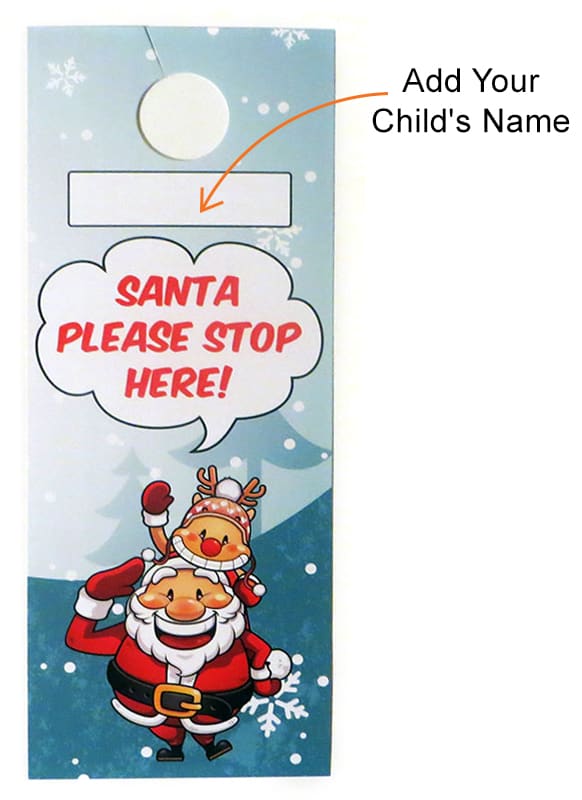 to stop at your house! By hanging these fun designs, your child’s belief in Santa will instantly boost

as they wait for him to stop by on Christmas Eve. 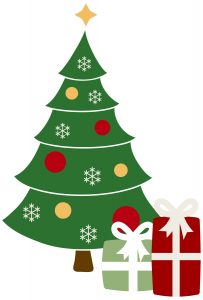 7. Santa is proud for you

Choose from a variety of letters with 8 beautiful designs and interesting texts. They will never doubt Santa’s existence after reading this! Your child will read a letter from Santa about life on the North Pole, the workshop, his elves, Ms. Claus, how presents are made, for Santa’s trip all around the world, and much more. At the end of the letter, your child will also receive great advice from Santa on listening to their parents, and being respectful, caring, and kind. LETTERS DO NOT COME FOLDED!
Christmas Designed Envelope 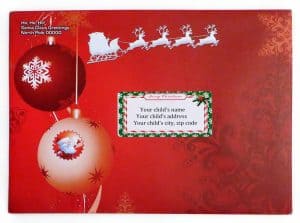 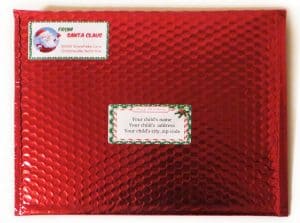 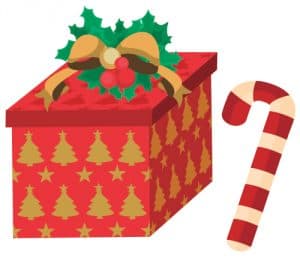 Red mirror metallic on the outside with protective bubbles wrapped silver inside. Has decorative label having your child’s name and address, as well as has a  decorative label of santa’s address with santa’s picture on it. 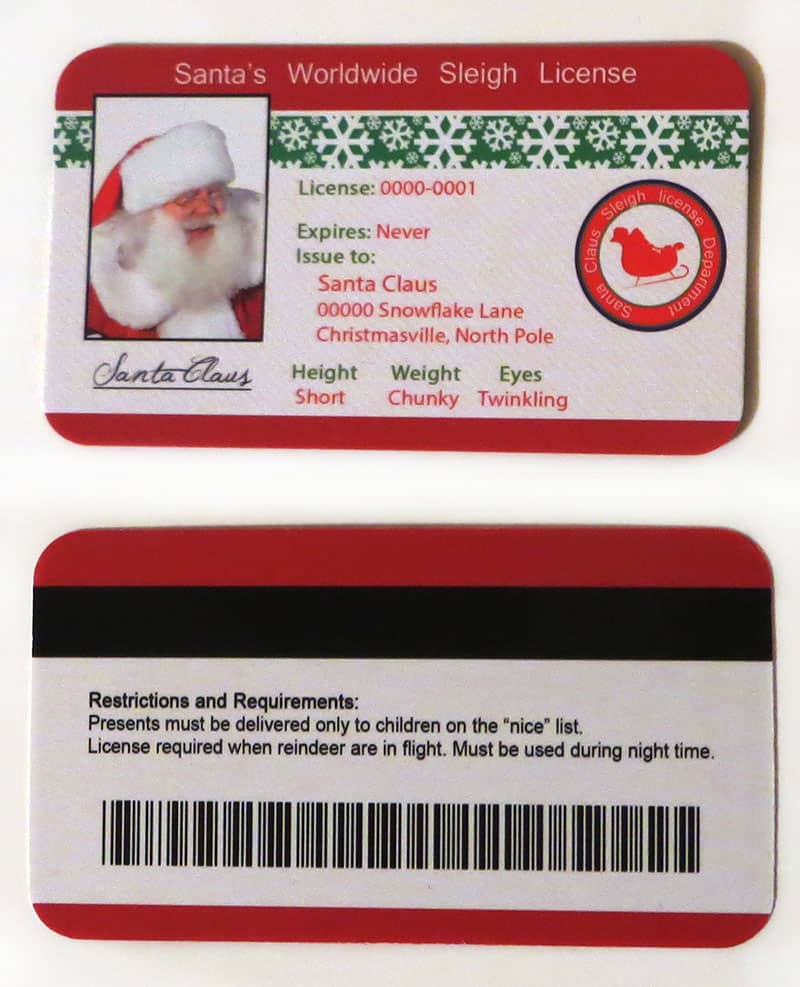 Surprise your kids with a genuine looking license that Santa accidently dropped on his way to delivering presents! Watch the amazement on their faces as they see the license and wonder if Santa will return to pick it up! This exclusive item is made in the North Pole, signed and laminated with an authentic picture of Santa Claus. 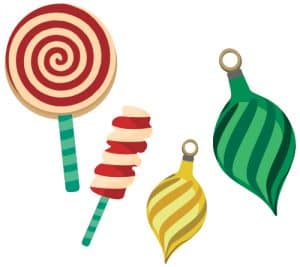 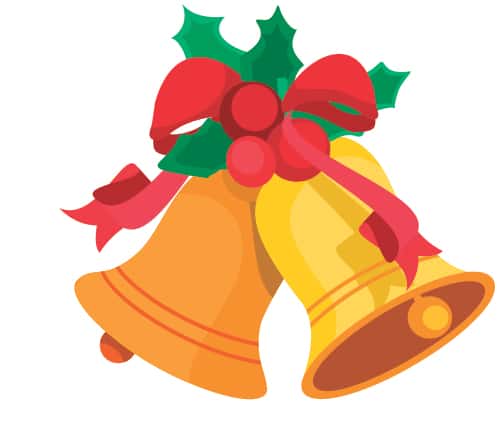 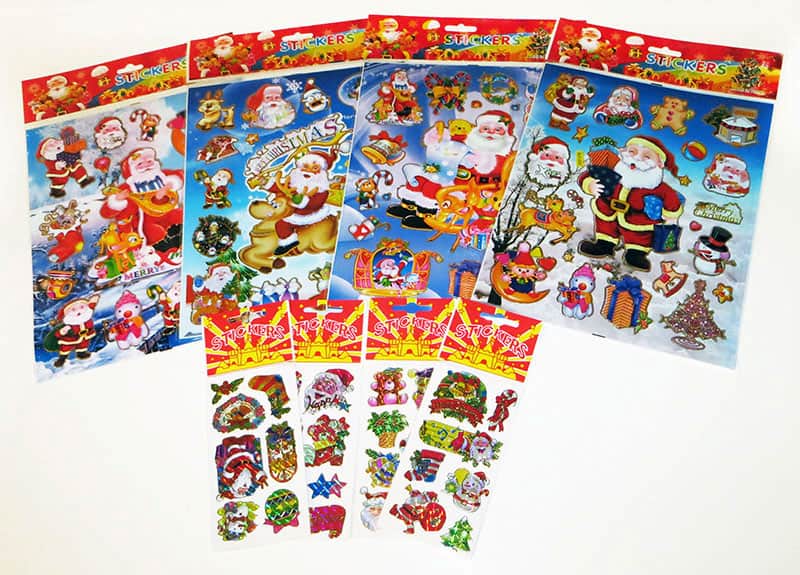 Fun decorative stickers for your kids to play with. Non-toxic, acid free, easily removable, different styles with many pictures. One sheet per order, random selection. 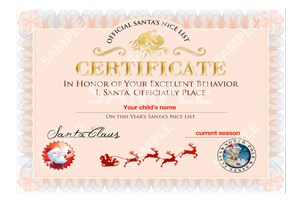 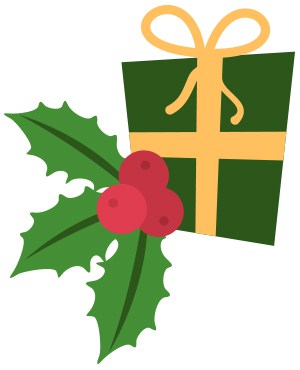 The Nice List is in, and your child is on it! Surprise them with a genuine personalized Nice List Certificate signed by Santa Claus himself. Certificate will include your child’s first and last name, a stamp from the North Pole, and the year of issue. Every good boy and girl deserves this certificate! 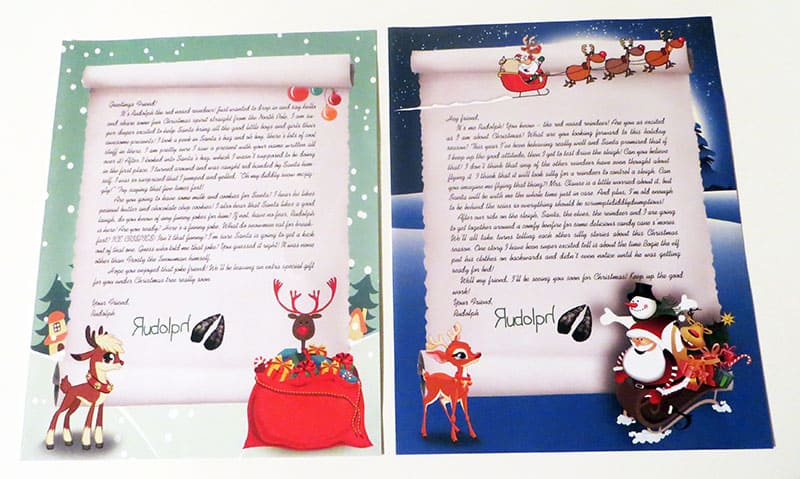 Aside from Santa, a second favorite character from the North Pole is none other than

Rudolph the Red Nose Reindeer. Your kids will be excited to know they have a letter from

Rudolph, and read his funny jokes about his life at the North Pole.

Letter is printed on 8 ½ x 11″ quality paper with exclusive design, 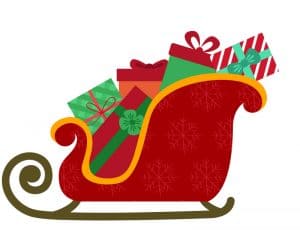 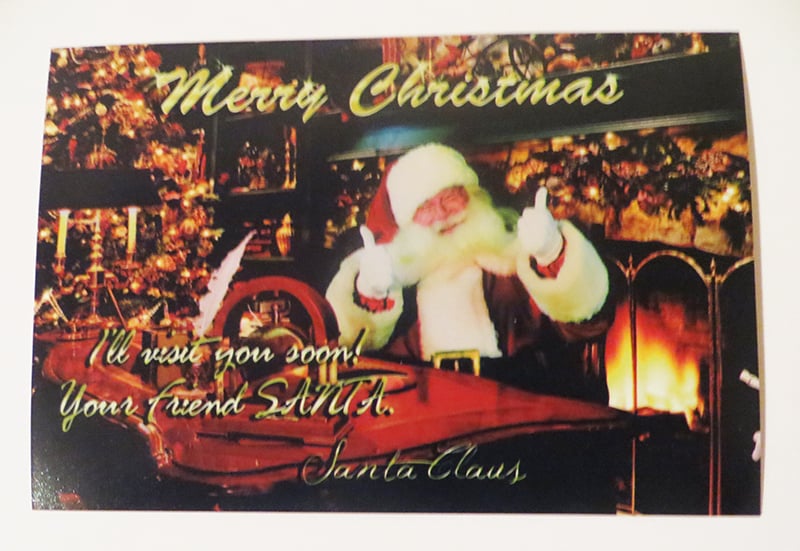 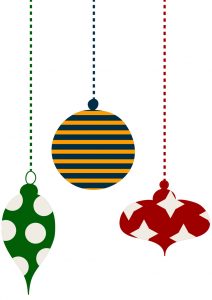 Surprise your child with an autographed picture of

Santa to remind them that Santa Claus is indeed real! 4″ x 6″ 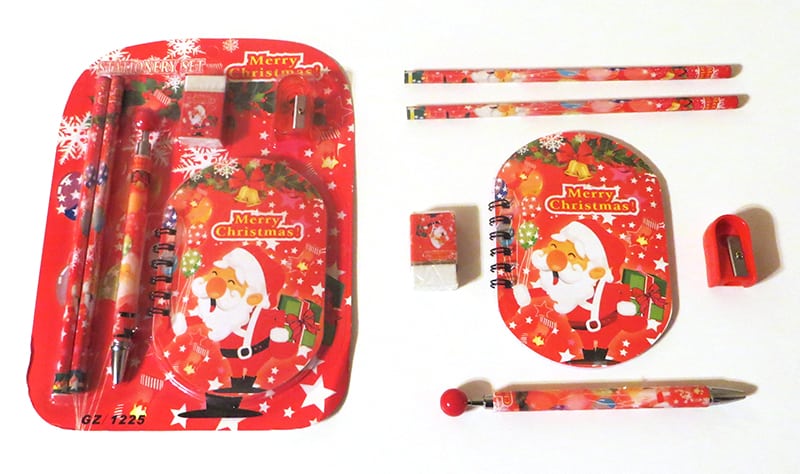 This is the perfect gift for kids to enjoy not only on the holidays, but at home as well as school. Great way to tackle their boredom on long car trips! 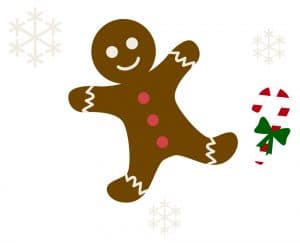 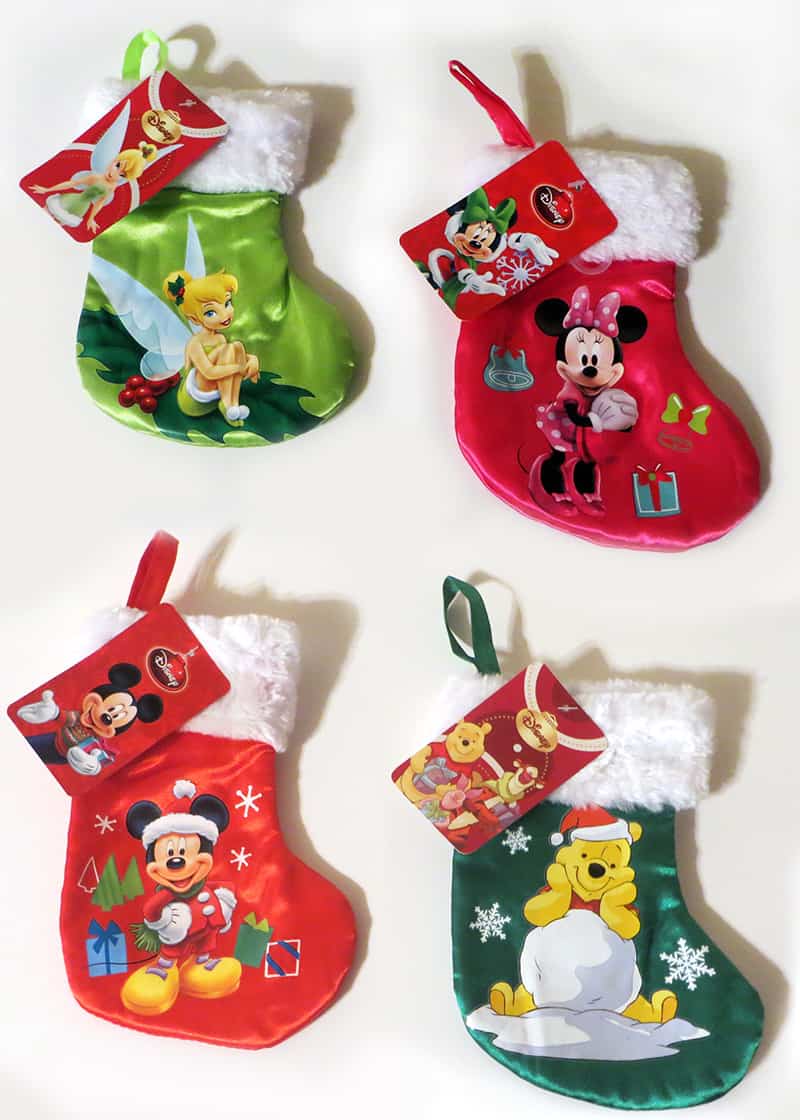 Bring the fun of Disney characters to the spirit of Christmas with these beautiful satin Christmas stockings. Your child will love not only the goodies they’ll find inside, but also the stocking itself. All stockings contain a Christmas scene for each Disney character featured. You will receive random selection of stocking per order. 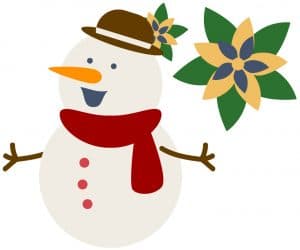 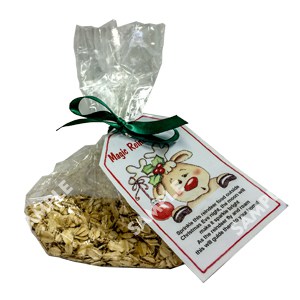 Santa’s reindeer surely get hungry from all that flying! Sprinkle some of this Magic Reindeer Food outside on Christmas Eve and watch the excitement on your children’s faces when all they see left in the morning are crumbs. The reindeer love the Oats and the glitter gets their attention and gives them their magic! Order includes a poem. 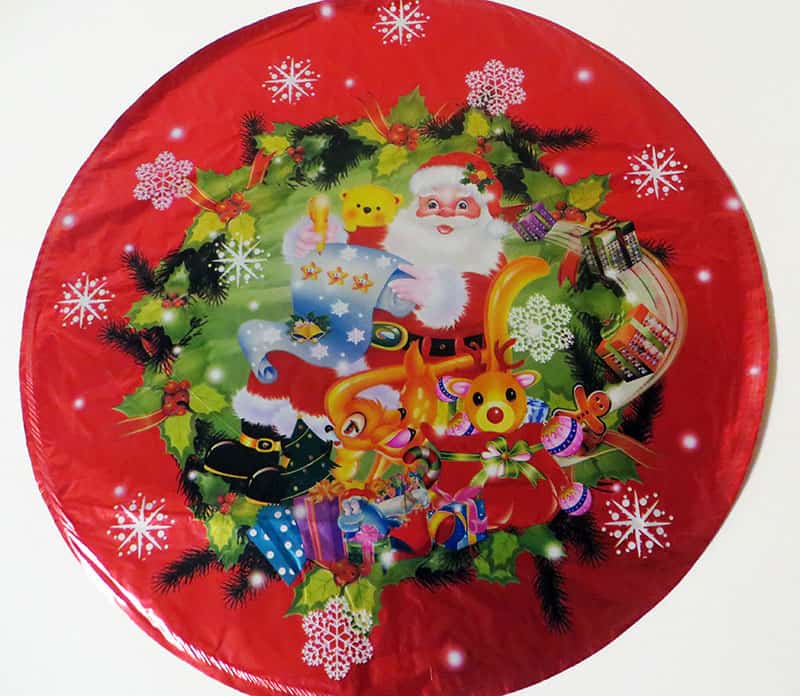 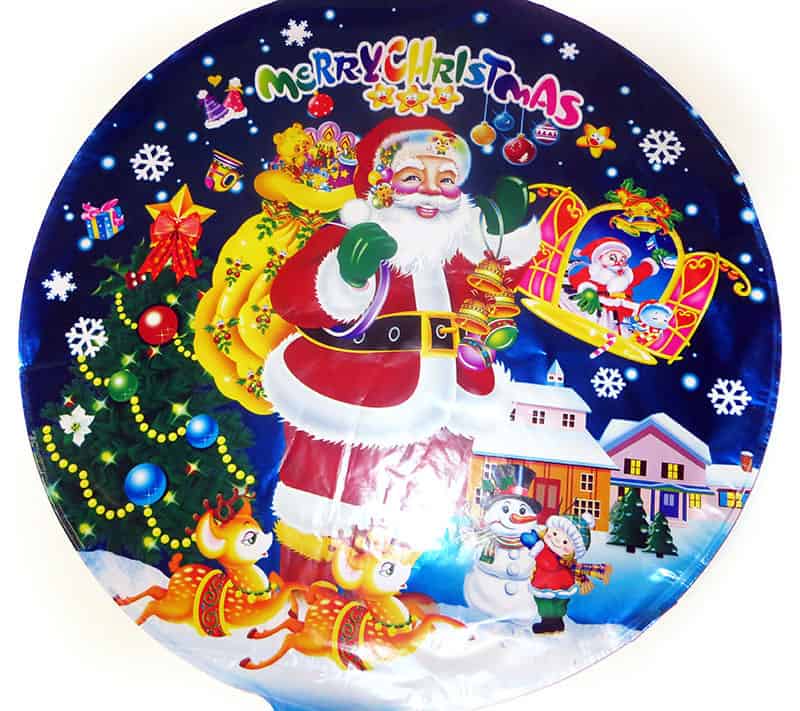 Balloons are the perfect way to liven up any room, especially one with a Christmas tree! Celebrate the spirit of Christmas with these fun and decorative balloons that even your kids will love playing with. 18″ foil balloons. One balloon per order, random selection. 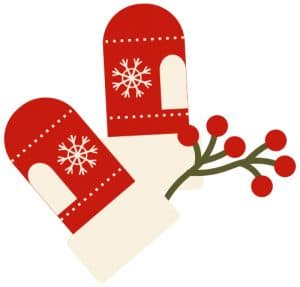 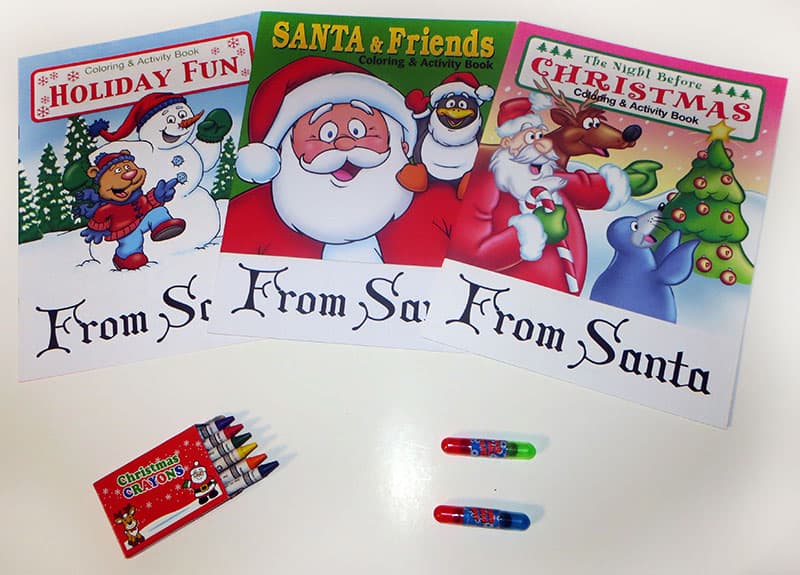 Keep your kids busy during the holidays with these fun activity books! Each book includes 16 pages of coloring, mazes, games, puzzles, and more.

Double the fun with these two-sided stampers. Kids love using them on greeting cards, letters, scrapbooks, coloring books, and more.